Skip to content
We will protect your rights, reputation and freedom. Nationwide Federal Defense, Compliance and Litigation. 95% Success Rate. 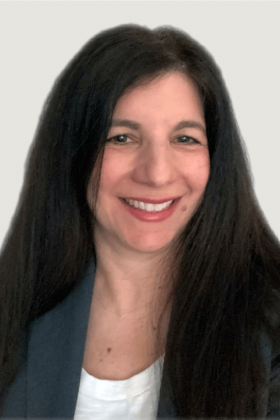 Justice Department Career. Ms. DeLena spent 17 years with the Justice Department, four years of which as an Assistant United States Attorney serving detail assignment with the Executive Office for U.S. Attorneys in Washington D.C. At the General’s Counsel Office, Ms. DeLena provided legal and ethics advice to 94 U.S. Attorney’s Offices and senior management regarding conflicts of interest, misuse of position, and employment litigation. Before, Ms. DeLena prosecuted federal criminal cases—including complex narcotics and violent crime cases and Title III wiretap investigations— as a Special Assistant U.S. Attorney and as an Assistant U.S. Attorney in the Southern District of Florida.

Education & Admission. Ms DeLena received a Bachelor of Arts from the University of Florida and a Juris Doctor from Nova Southeastern University Law Center in Florida. She is admitted to practice in Florida and Massachusetts, before the U.S. Supreme Court as well as in the Southern District of Florida. Prior to her career as a federal prosecutor, Ms. DeLena worked as an Assistant Legal Counsel for the nation’s largest fully accredited Sheriff’s Office in Broward County, Florida. Ms. DeLena serves Firm as an independent local counsel.

Ms. DeLena offers clients an unusually broad spectrum of federal experience that includes working on matters across the country.

Nick Oberheiden is the absolute best federal litigation attorney. Nick gives you the immediate comfort of feeling 100% protected. He is polite, respectful— and extremely compelling. His legal strategy turned out to be brilliant.

If you are under
investigation
you should contact us today

Contact the Experienced Attorneys of Oberheiden, P.C. Now for a Confidential Consultation